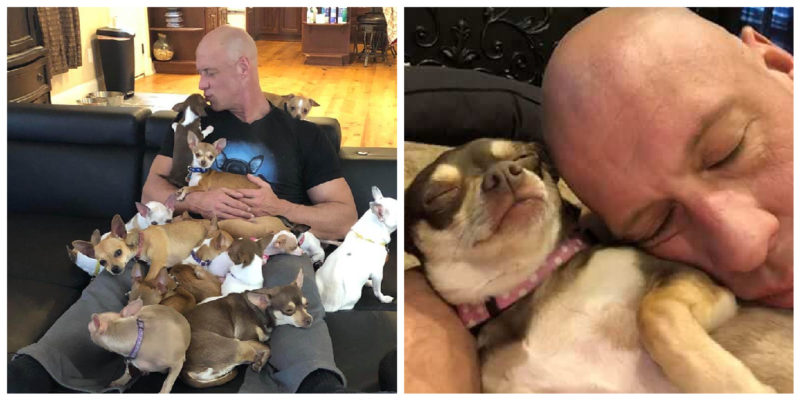 This story is about a bodybuilder, Bobby Humphreys who did not like small dogs. The last thing anyone expected of Bobby Humphreys was for him to fall in love with a Chihuahua — a dog not much bigger than the size of his hand. 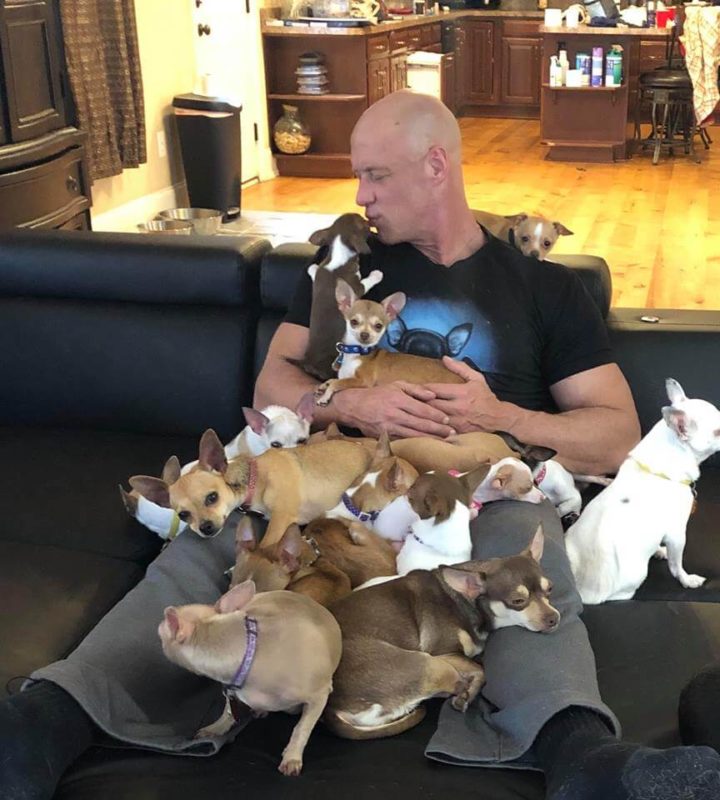 The competitive bodybuilder from Boonsboro, Maryland, who divides his time between the gym and laying specialty hardwood floors, was strictly a “Big Dog Guy.” He would even go so far as to ridicule friends who dared be seen walking their girlfriends’ small dogs. 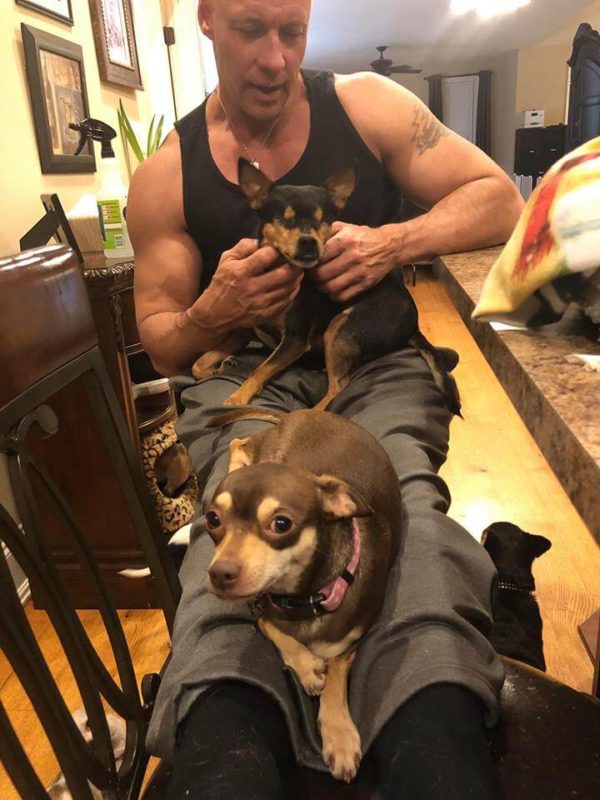 Humphreys and his wife of 17 years had owned three Rottweilers over the course of their marriage. Humphreys loved the Rottweilers’ regal, imposing look.

For years Bobby’s breed was Rottweilers. The beautiful, athletic dogs are more the type someone might guess a big, brawny guy like Bobby would love. He never gave any thought to smaller breeds, and in fact, would grief other guys he saw with pocket-sized pups! 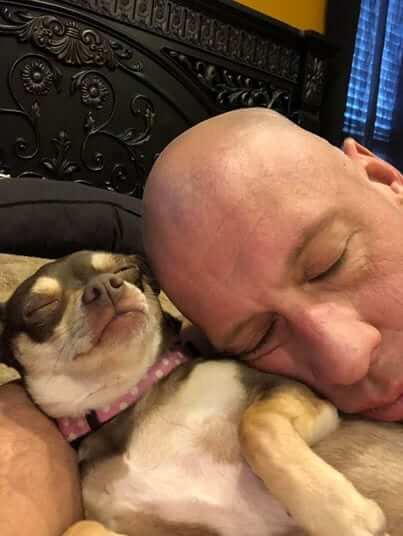 Things changed slowly. It started when, after 17 years, his marriage came to an abrupt end. Bobby hadn’t seen it coming, and the suddenness with which it occurred made the pain worse. The heartbreak was too much to bear, and Bobby considered ending his own life.

But thanks to a friend who refused to let him go down that path, he made it through. One day Connie asked Bobby for a favor. She was moving and would not be able to take her dog: a Chihuahua named Lady that was known to be unfriendly. Bobby had already met Lady and was not a fan.

Because Connie had been such a good friend, Bobby agreed to take Lady in. He figured he and his new roommate would do their best to steer clear of each other to make their new arrangement work. Connie dropped Lady off while Bobby was at work, and when he got home she was sat in her kennel quietly under the TV.

Bobby decided to risk getting bitten by letting Lady out, and when Connie got there later to see how they were getting along, Lady was in Bobby’s lap, watching TV like they were old friends!

Bobby was still wrestling with the pain of his sudden separation, but Lady helped put together the pieces of his broken heart.

“I was still struggling to come to grips with everything. There were many days I could not even get up and go to work. Weeks turned into months and the only thing that made me happy was spending time with Lady. I cannot believe how this little 7 pound beautiful baby stole my heart.”

But one day he remembered that Lady wasn’t actually his dog and would go back to living with Connie and her son when the time came. Bobby’s first find was a brown and tan dog named Kira: his first tiny pup. 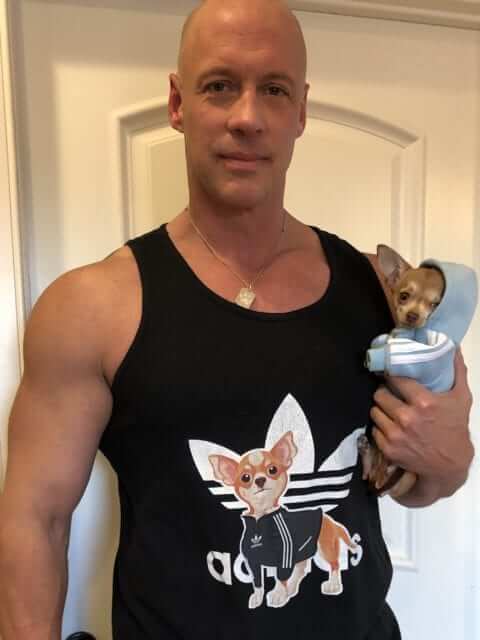 She was living in less-than-perfect conditions, in a home where the floor was caked in mud due to the poor construction, and she was untrained and undisciplined. Bobby was worried that she would greet other prospective adopters the same way, and no one would want to give her a good home because of her attitude.

To save her, Bobby agreed to take her hoping she’d come around. By the end of their ride to her new home she was already cuddling with Bobby while he drove.