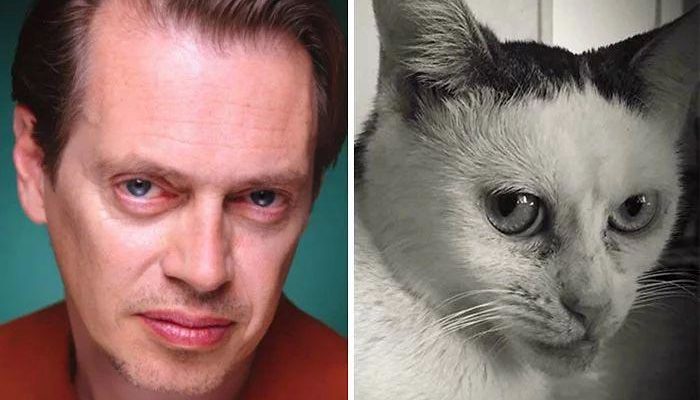 When people look like each other it is a usual case, but when the animal look like a man, it is unbelievable. A woman adopted a cat who who people are saying bears uncanny resemblance to Steve Buscemi and, honestly, if you think you’ve seen anything better than this today then I need to see it.

Owner Jen Chavez found the very beautiful feline in a no-kill shelter and named her Marla Hooch – a wonderful name; however, I can’t help but think Mr. Pink would be more suitable.

Jen says she lost her previous cat in 2016 after 12-years of friendship, and decided she wanted to get herself a new furry pal. 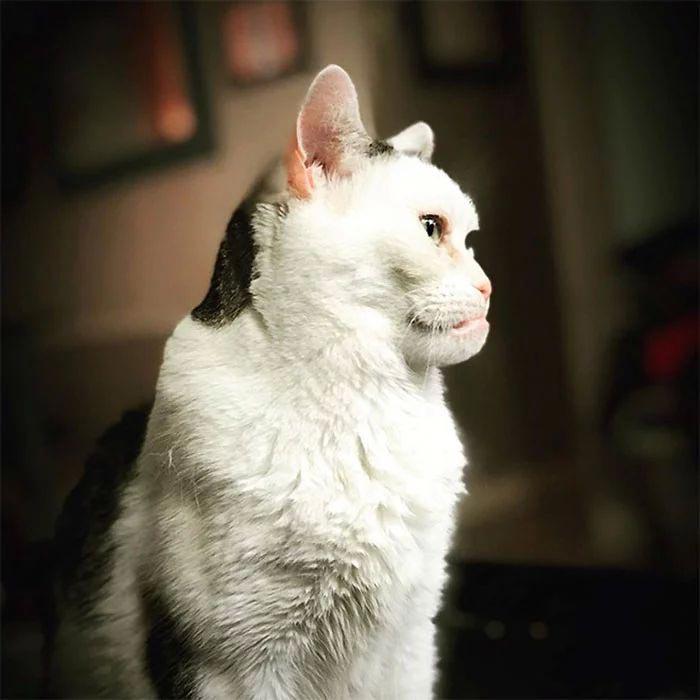 So, she paid a visit to the shelter and it was there she first laid eyes on little Marla, who had spent a couple of years there after being dumped when she was just a teeny kitten.

Jen says although Marla had a ‘strange face’ she knew right away that she would fit in with her family.

Speaking to Bored Panda, Jen said: “I knew I wanted to rescue another cat after the loss. I went to our local no-kill shelter and was walking around. I spotted Marla’s little strange face peeking out of a cat tower. I was a bit shocked by her appearance but needed to know more. 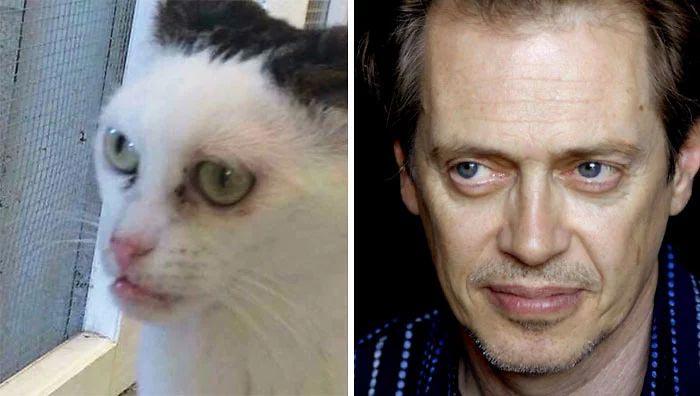 “She was shy but very sweet and the employees at the shelter were very protective of her. She had been at the shelter for two years after being dumped there at two days old. I knew her little strange face would fit right in with our family.” After getting a closer look at Marla, Jen says the staff at the shelter told her there was a meme doing the rounds comparing her to the Hollywood actor, but it didn’t put her off, instead Jen says she found it ‘hilarious’.

Marla, who is now five, lives with Jen, her husband their three boys and their three other rescue cats Ferret, Hank and a one-eyed kitty called Willy.

The cat is somewhat of a social media sensation, with her very own Facebook page, Steve Buscemi Cat, which features lots of lovely photos of her and has almost 9,000 followers.

Despite her interesting face, Marla is a dream kitty, according to Jen, who says she is ‘funny, very sweet and playful with the other kitties’. She also said she loves to eat – don’t we all, Marla?

If this story is interesting for you, please share it with your friends.