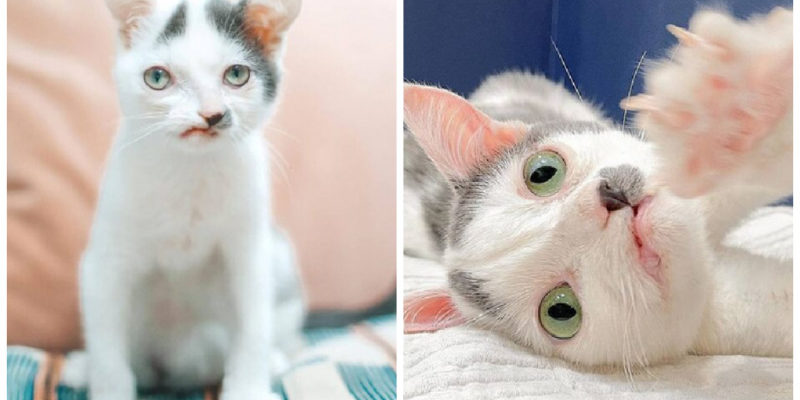 Today’s story is about a cute cat which had overcome many health difficulties and now has a nice happy life.

When Jacqueline Santiago first saw a photo of Pinocchio, she could tell there was something different about him. The skinny little kitten had big blue eyes and a snaggletooth, but she didn’t realize how special he was until she met him. “I couldn’t really make out what was going on with his face until he arrived,” Santiago, owner of Friends for Life Rescue Network, told The Dodo.

Pinocchio was born with a cranial abnormality, giving his face a twisted look. Due to his misaligned jaw, he’s only able to eat wet food. He also had a large umbilical hernia that needed an operation. Luckily, the rescue often specializes in special needs cases since they have a vet in-house. 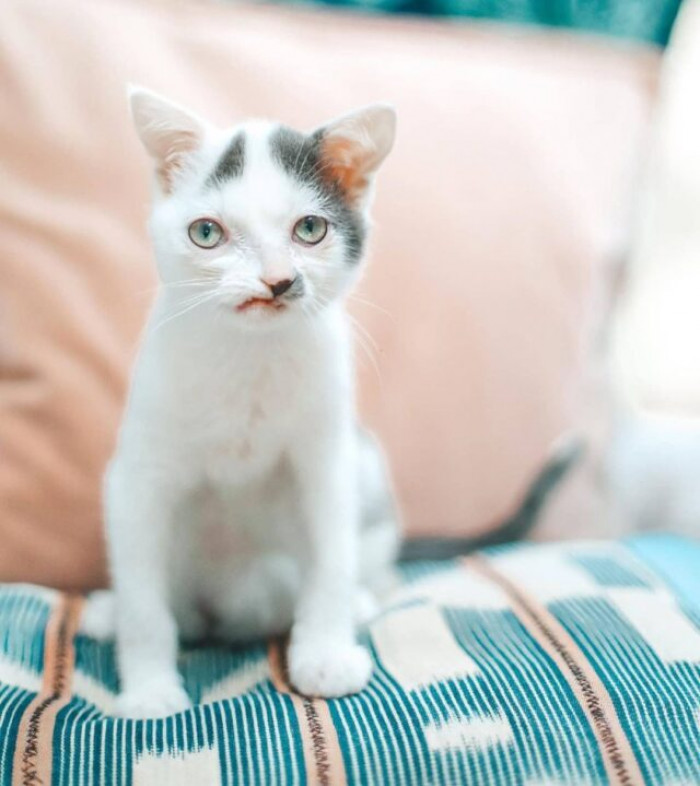 When Santiago met the 4-month-old kitten, he seemed completely unaware that he was any different.

“He was very, very sweet upon first meetings,” Santiago said. “[He] purred right away.” 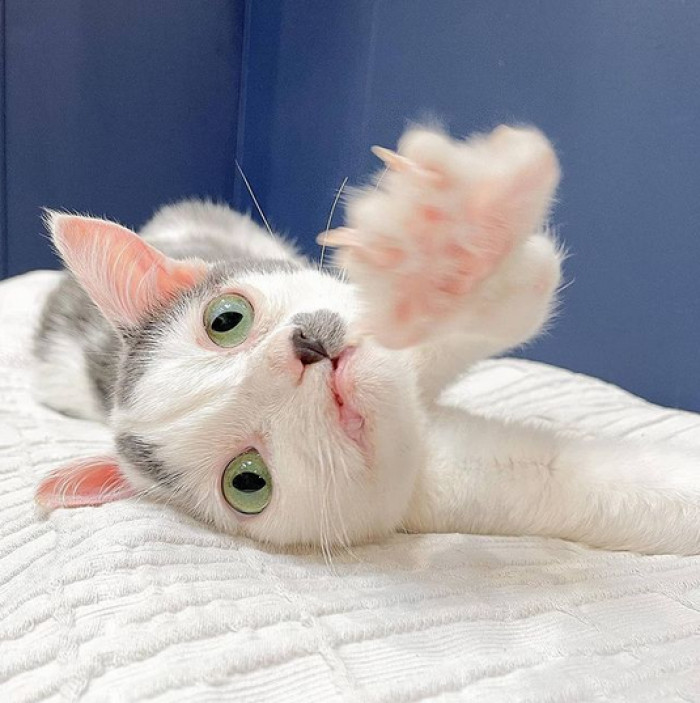 “He runs up to anyone who enters the room and climbs up to their shoulder to perch,” she added. “He rubs on you, loves to play and bounces around. He’s a really happy guy who loves everyone — other people, other cats and dogs.”

While being cared for at a foster home, Pinocchio started having some medical issues and underwent corrective surgeries to fix his umbilical hernia and his sternum placement.

The medical staff fell in love with him and made him a Superman wrap to protect his stitches. At his next check-up, they added a little red cape to match. 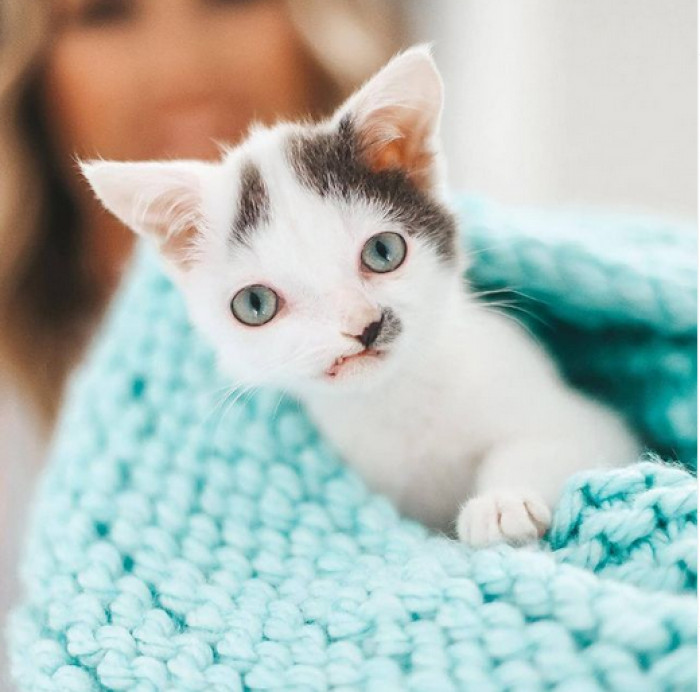 Pinocchio is healing nicely but due to his medical issues he likely won’t be adoptable until he’s closer to adulthood. “During treatment, we don’t accept any apps or inquiries as we don’t yet have the full scope of what his later needs will be,” Santiago said. “We know what his needs are now, but as he grows and changes, those could change as well.”

Once Pinocchio is cleared for adoption, he will need a special family who will love him just as he is. The kitten’s crooked face gives him a lopsided grin — and Pinocchio refuses to stop smiling no matter what.