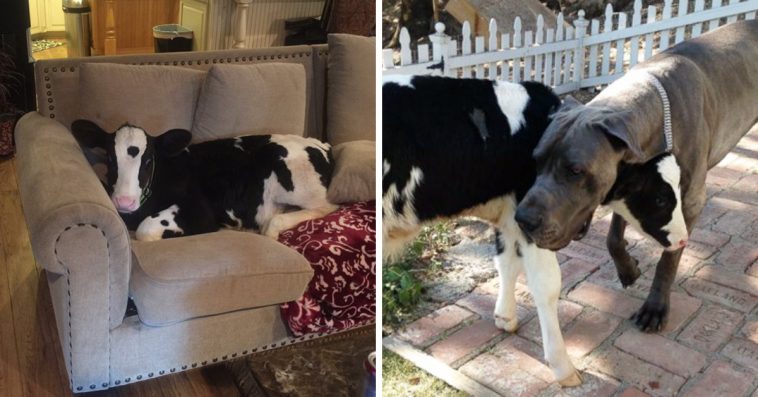 Let’s get acquainted with Goliath. He is an adorable baby cow who’s convinced he’s a dog. 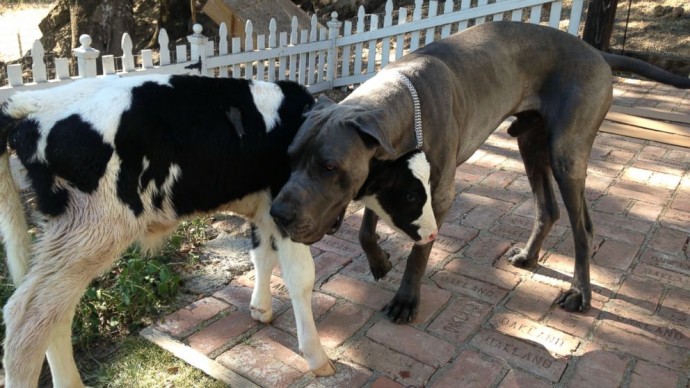 Goliath, who is actually a small calf, was rescued nearly two months ago from a dairy farm that was planning on slaughtering him, according to Shaylee Hubbs, a high school senior who lives with her family on a ranch in Danville, California.

Though Goliath was “so weak and so small that he could not stand and you could pick him up very easily” when the family first got him, they have now nursed him into a healthy 8-week-old calf, Hubbs told ABC News today.

The only thing is that he doesn’t think he’s a cow at all.

“I’m pretty sure he thinks he is a dog,” said Hubbs, 17. “He was raised with our three dogs, and he’s around them every day. They chase and play together, he watches how they eat their dog food and drink water from their bowls and copies them and he even lays in their dog beds. He even loves scratches on his neck around his ear.” Most recently, Goliath learned how to get into the house and sit on the couch, thanks to Hubbs’ sneaky 2-year-old Great Dane named Leonidas.

“He’s best friends with Leo, and so he used to watch Leo push down the door handle and come and sit on the couch,” Hubbs said. “And of course, he now knows how to come in, too. He just pushes down on the knob with his head and lets himself in and onto our couch.”

Goliath and Leo are “best friends,” according to Hubbs, who added that Leo “took to mothering the little cow” when he was first brought in. 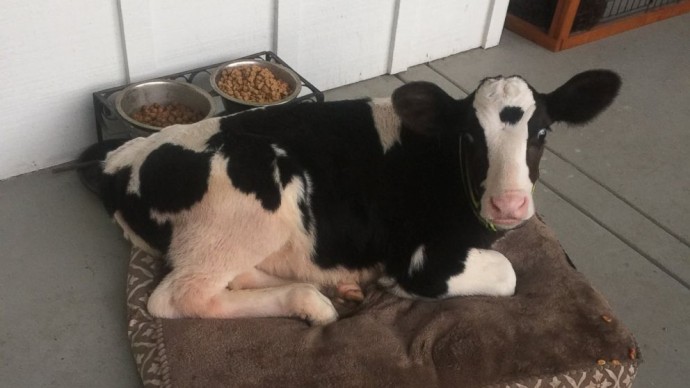 “He would lick the little cow on the face and try to nudge him to stand up,” she said. “He would lay down with the sick, little cow for hours just to keep him company.”

As Goliath became more active, he even tried to “nurse” with Leo, thinking Leo was his mother, Hubbs said.

Hubbs said she and her family are overjoyed with the attention Goliath is getting, and that he’s a beloved “pet and family member” here to stay on their ranch that’s home to several horses, sheep, goats, alpacas, chickens and dogs. 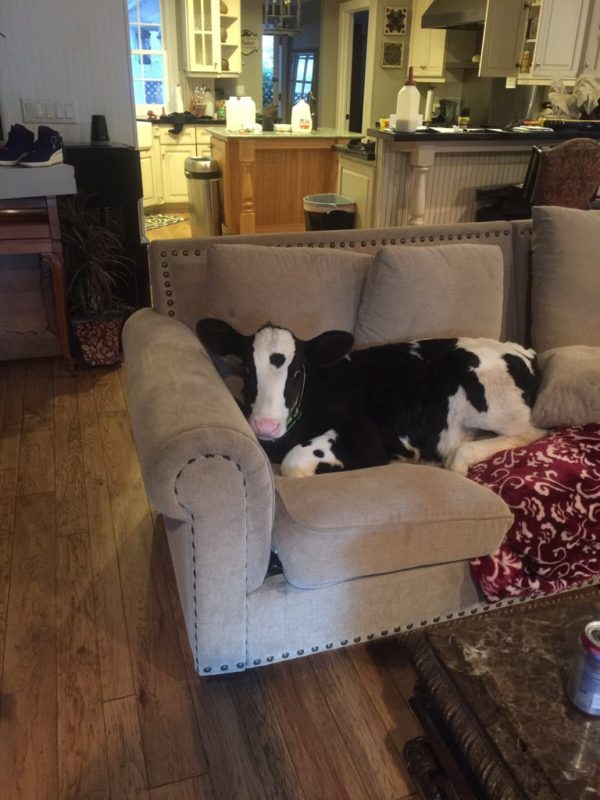 Please write about your opinion about this story on comments below or share with your friends.