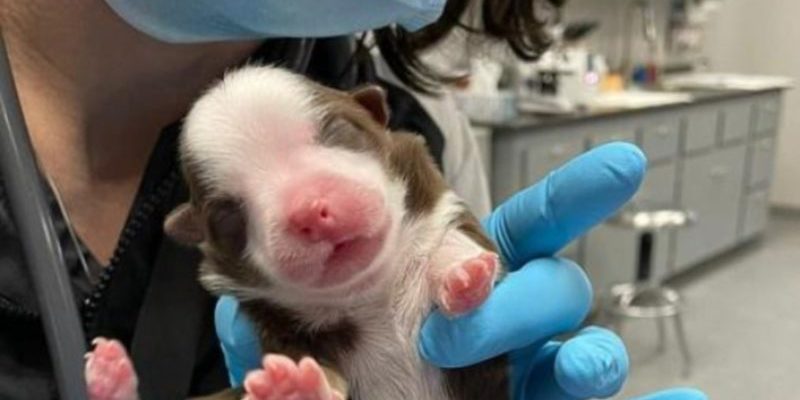 Every dog owner likely thinks their canine is one of a kind, but a newborn puppy named Skipper is truly unique — she was born with six legs and two tails, according to news reports.

Her vets say Skipper may be the first dog to be born alive with her particular set of congenital conditions, or conditions that are present at birth.

“This is a miracle named Skipper. Literally,” staff at Neel Veterinary Hospital in Oklahoma, where Skipper was treated, wrote in a post on their Facebook page. “She has survived longer than we suspect any other canine has with her combination of congenital conditions,” the hospital wrote, adding that “published research does not indicate one dog with these conditions has been born alive.” 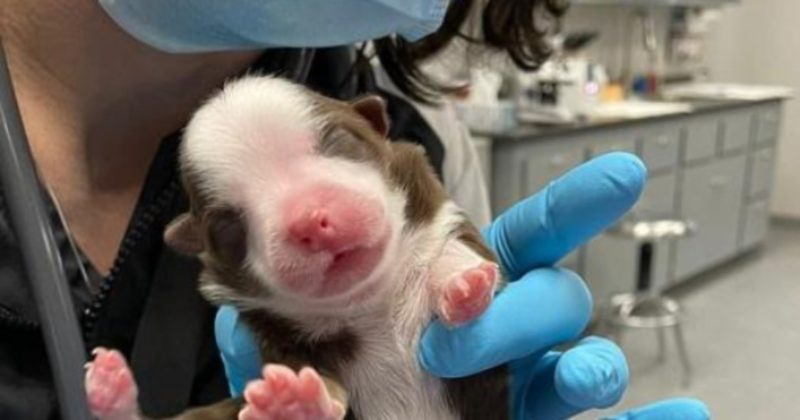 Skipper is a mix between a border collie and an Australian shepherd; and she was part of a litter of nine puppies born on Feb. 16, according to CNN. 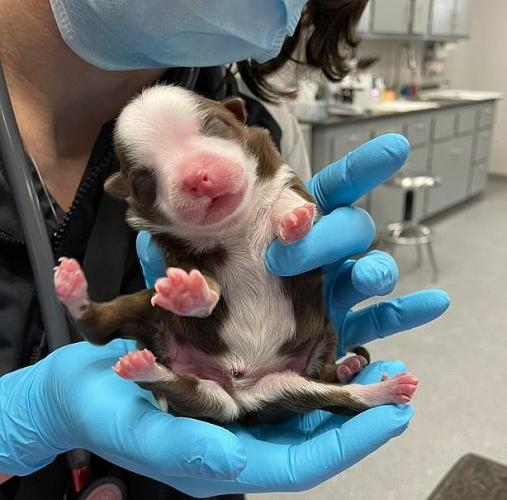 It’s likely that Skipper was part of a twin in the womb, “and when the fertilized egg tried to split, it didn’t fully separate,” Dr. Tina Neel, owner of the Neel Veterinary Hospital, told CNN.

Skipper also has signs of spina bifida, a birth defect in which the spinal column doesn’t close properly during development.

Despite her rare conditions, Skipper appears healthy. “Her organs appear to be in great shape,” and she is growing appropriately, according to the Facebook post. “All of her legs move and respond to stimulus just like a normal puppy,” the post said. 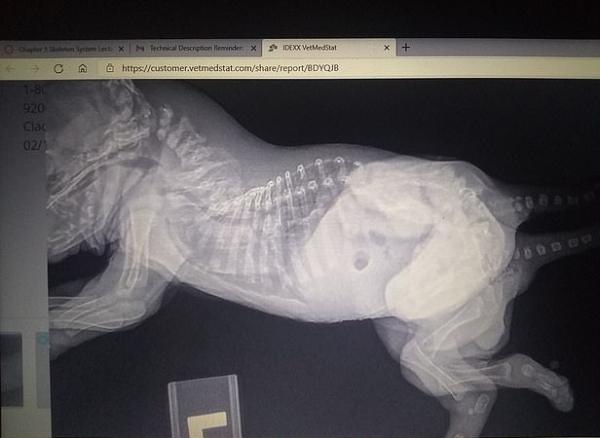 Skipper may need physical therapy and help with mobility as she gets older. “We will continue to research her conditions, monitor her development during rechecks and help keep Skipper pain-free and comfortable for the rest of life.”