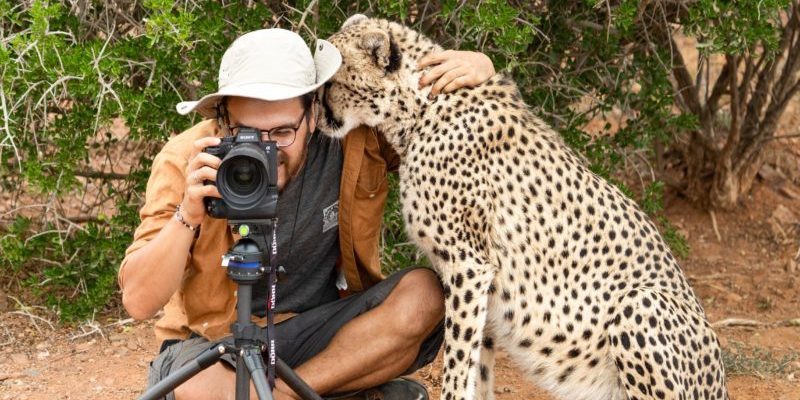 Sasan Amir who was 27 years old paparazzo and cinema-man was a usual guest in the African savannah.

There he made amazing photos and videos with groups of animals. The beasts  made  certain groups in his briefcase. Lately Amir visited South Africa newly, where took place a very uncommon adventure.

Sasan archived to a trap, from where he looked the savannah seeking advanced shots, when he noticed unexpectedly the cheetah going to him. The cinema-man was afraid and began to stand up without hurrying, indicating the animal that he was informed about his approximation and was able to protect himself. 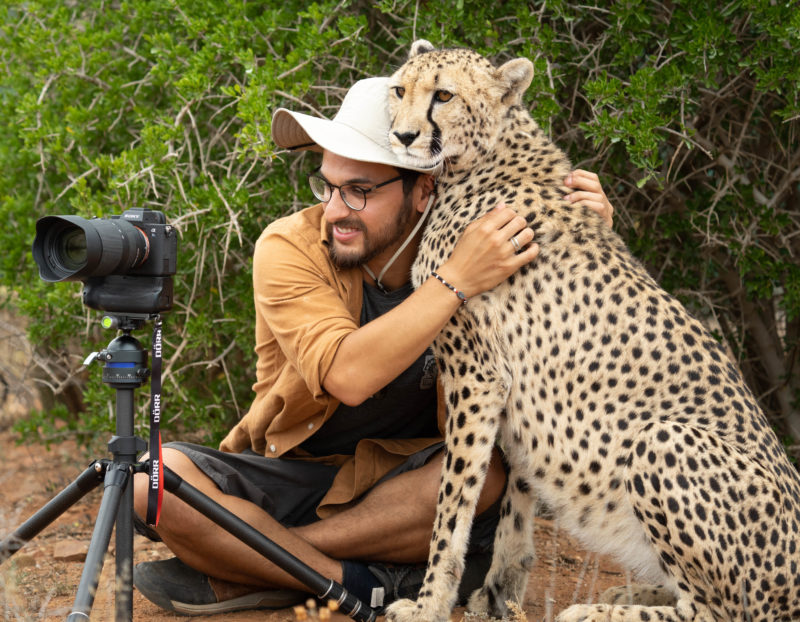 The cheetah paused and determined what to do then. And he went towards Sasan newly.  Nearing himself the cheetah snuffled the paparazzo then rubbed his head against him and settled near him.

I noticed that he wanted to speak. He started to purr like a cat – Sasan related what he noticed. It took Amir some time to understand what an unimaginable tale happened to him.

He was very happy and noble to communicate with such beast. Contemporary the cheetah was totally free from tension and violence. Even he tongued Amir several times demonstrating his love.

Luckily the camera was near and the paparazzo photographed him a lot. At that time the cheetah let himself to be loved and embraced- and Sasan got an unusual chance to be in contact with the beast without wounding his life and health.