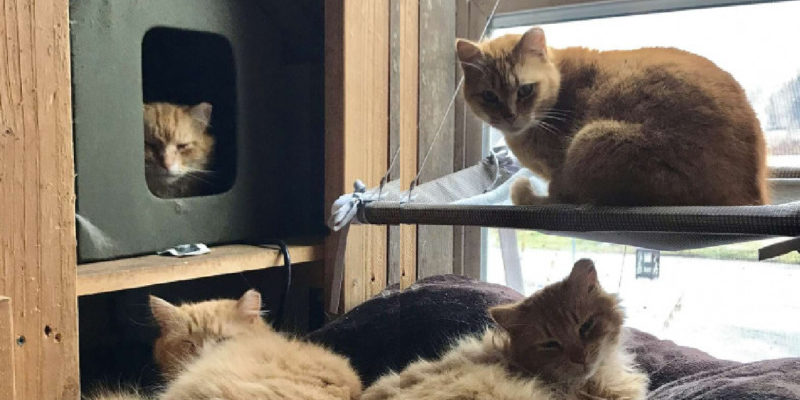 When Emily Bott and Dylan Loewke went to tour an old farmhouse, one of the first things they noticed was all of the cats casually hanging out in the front yard. The property seemed to come with 15 barn cats, and the couple was definitely intrigued.

The previous owners had left out dry food for the cats, but that was pretty much the extent of the care they received. Many of the cats had health issues, and none had been spayed or neutered yet.

The couple quickly took it upon themselves to make sure all 15 of their new cats received the care they needed. After that, the next step was earning their trust. 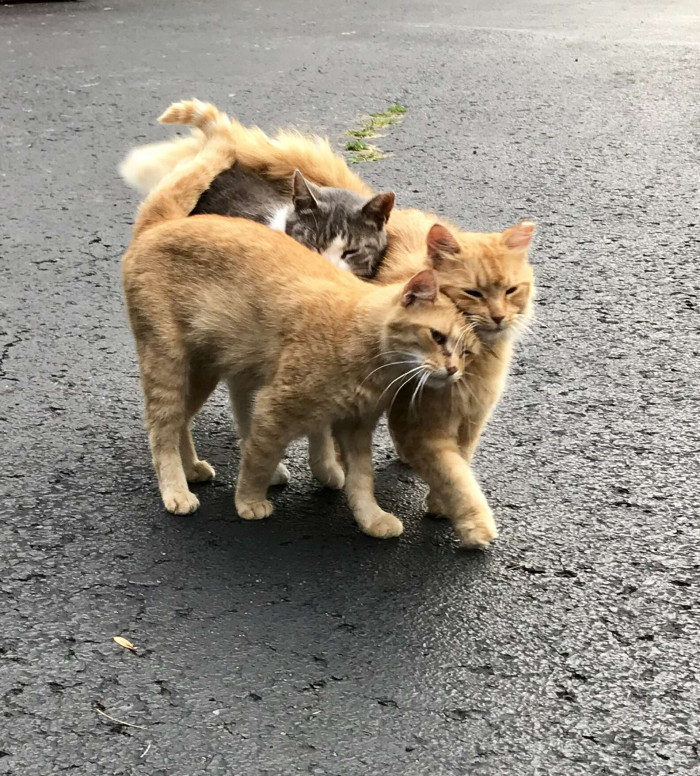 “In the beginning, there was only one cat that was friendly enough to approach, Valencia,” Bott said. “She’s our queen bee. I could tell there were a few others that were curious and interested in us, but it took months (and some years) for the others to trust us enough to approach them and event pet!

I spent many nights sitting in my driveway throwing treats at them, feeding them catnip and engaging them with toys.” 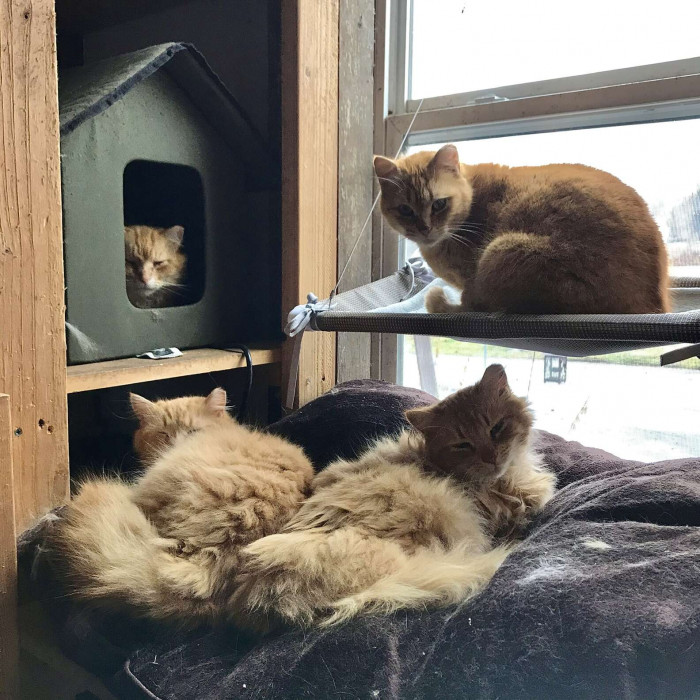 Finally, after putting in the work, the pack warmed up to their new parents. Even though not all of the cats are comfortable being handled, they still love and trust Bott and Loewke very much.

Every cat has a name and a distinct personality, and the couple wouldn’t trade any of them for anything. Now, wherever Bott or Loewke go on the property, they’re almost guaranteed to be followed by at least a few cats. 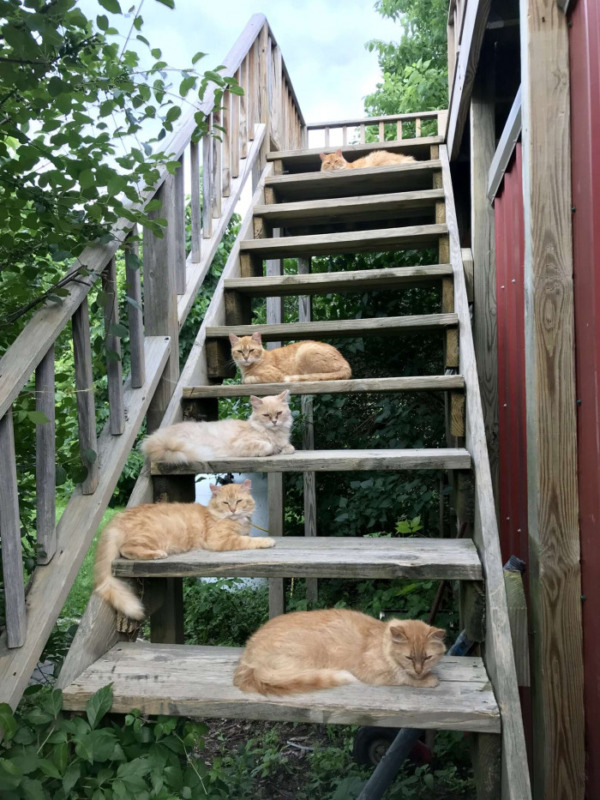 They’re hoping that eventually they can start their own animal sanctuary so they can keep helping cats in need — and it’s all inspired by their adorable pack of barn cats.

Please write about it  in comments below if like this story.