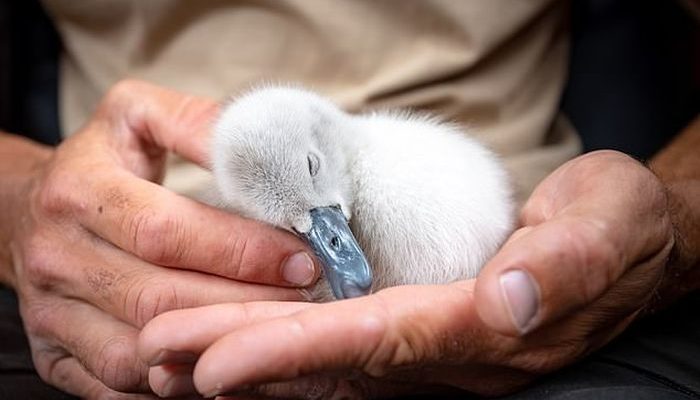 This interesting story started when one day a wounded duckling was found by a man, Rob Adamson. The man appeared in the right time in this duckling life. The baby would die if Rob had not taken it with him.

First the duckling got medical inspection by a veterinarian, and it turned out this duckling is a wild one which demanded a great amount of love and care.

That is why the man should take the duckling wherever he went in order to keep in order his feeding and care by schedule. This duckling was named Sydney. And step by step Sydney got used to her owner, and started to sleep next to him.

And since that moment Robert Adamson has never separated from the bird, they were always together. They were always going together for a walk, shopping, travelling and etc.

Besides the duckling, Robert had another pet-a chichuaha dog breed, with which Sydney also could find a common language.

But as we know no one can go against the nature. Rob made a decision to take the bird to the wild animal rescuers so that they adapted to its natural habitat. Later the swam must find a couple and live with him all her remaining life. 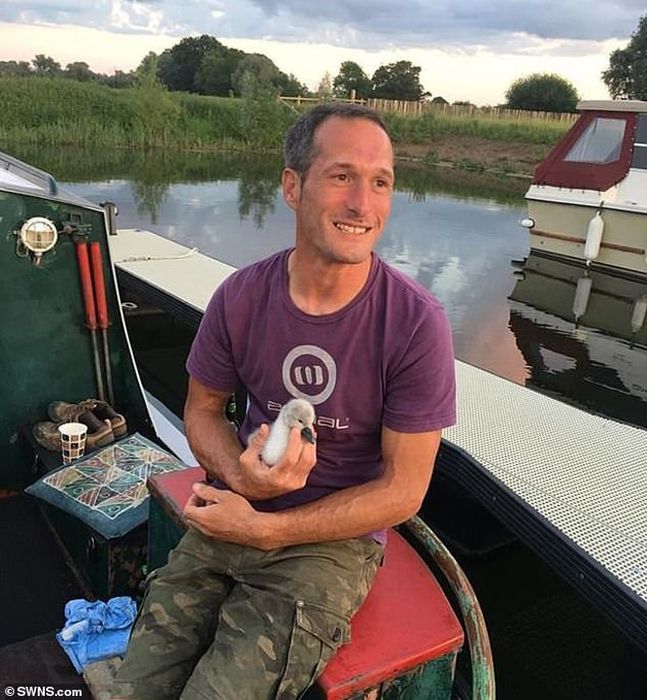 But to his big surprise, Sidney refused not only to live in the open sky and but also to fly away somewhere.

So it means that Rob, Sidney and the dog will live together under the one roof.

What an unusual friendship story! Now Rob feels so happy to have a swan as a best friend.

So what do you think about this beautiful heart-breaking story? What would you do in this case? 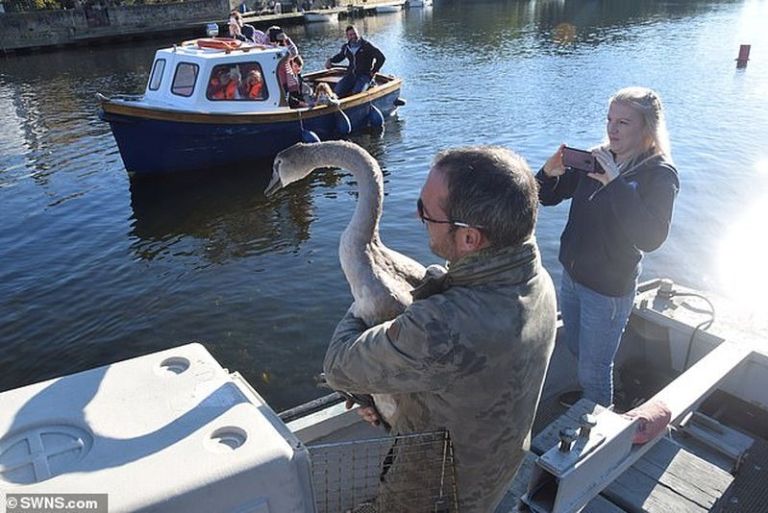 If you like the story, please write about it in comments below or share it with your friends.